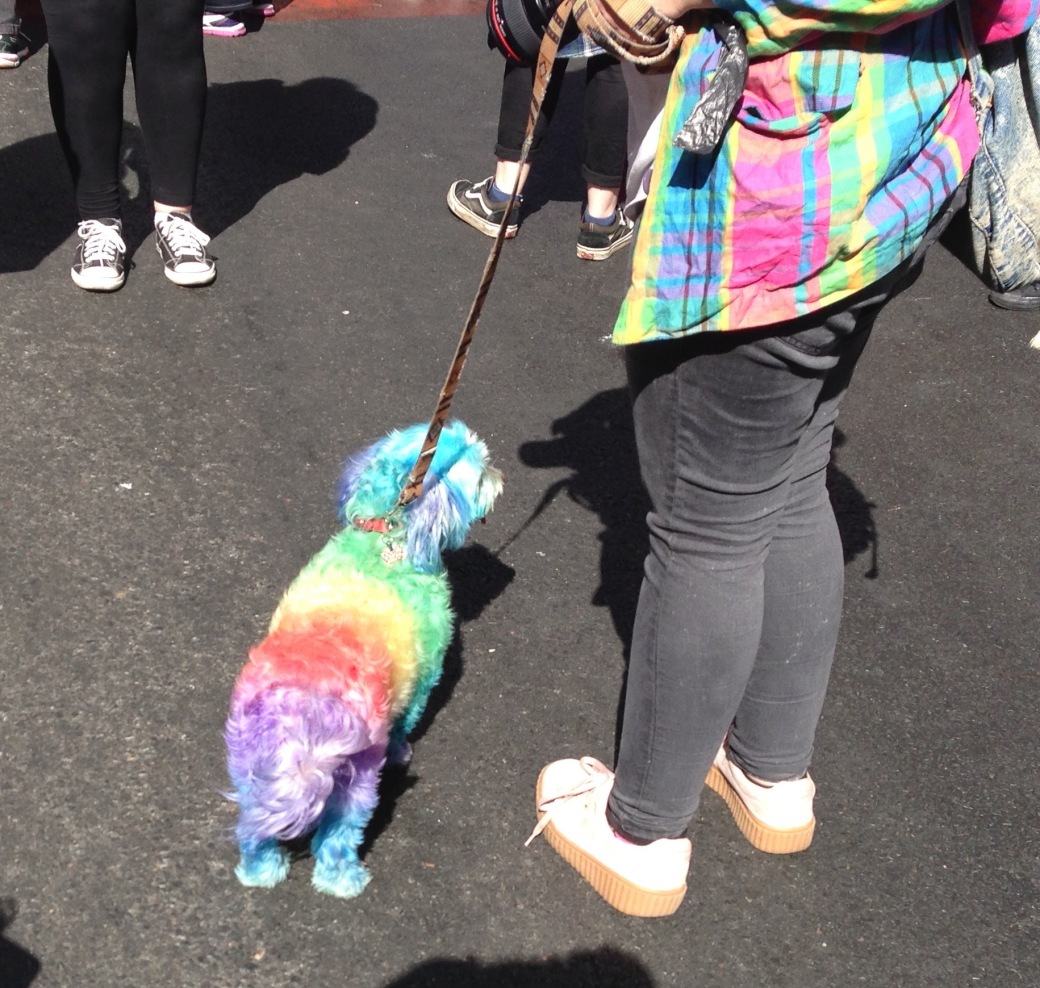 I attended the Yes Vote rally in Sydney on the weekend. Not because I had a clever sign to hold, nor was I part of a group that very cleverly dressed in Flintstones theme holding signs like “Yabba Dabba I do” or “Cmon NSW get out of the stone age”. Nor did I take my little fluffy dog painted the colour of the rainbow as in the picture above.

I attended because I wanted to add another person to the crowd in support of the Yes vote. I realise that just one person isn’t going to make much difference, particularly not in a crowd that large, but I felt it was important to add the voice of an ageing straight guy to the billowing cloud of gayness.

I was standing on the edge of the crowd and an older couple (yes there are people even older than me) festooned with shopping bags, walked past on their way somewhere and nodding to the crowd he said to her “I cant work out why they would want to get married!” she walked a few more steps and turned to him and angrily said “what do you mean by that? do you mean you only married me because you had to?”

Exit stage left. I could see that was not going to end well. While I wouldn’t want to be in that guy’s shoes trying to talk his way out of that, it is interesting that the SSM debate brings up issues for lots of people outside the core SSM interest group. Now we have people having to explain to each other why in fact they did get married. Was it for love? or perhaps as part of the procedure to slate their desire for each other’s body. That’s a tough debate to settle forty years down the track.

Some might say it is a debate long overdue.

One thought on “The Yes vote causes trouble”